This week, I made design and engineering progress by working on reducing the two-tab view into a single window, and adding more instruments.

At the start of this week, the UI looks like this (this is a gif from last week’s blogpost):

Some feedback I recieved from demonstrating my previous prototype was that it might be nicer to not have to context-switch between the “editor” view and the “level” view; the player would have a better time being able to edit the beat while seeing the character’s activity change actively. I returned to my OneNote drawing board and this was the design that I came up with: 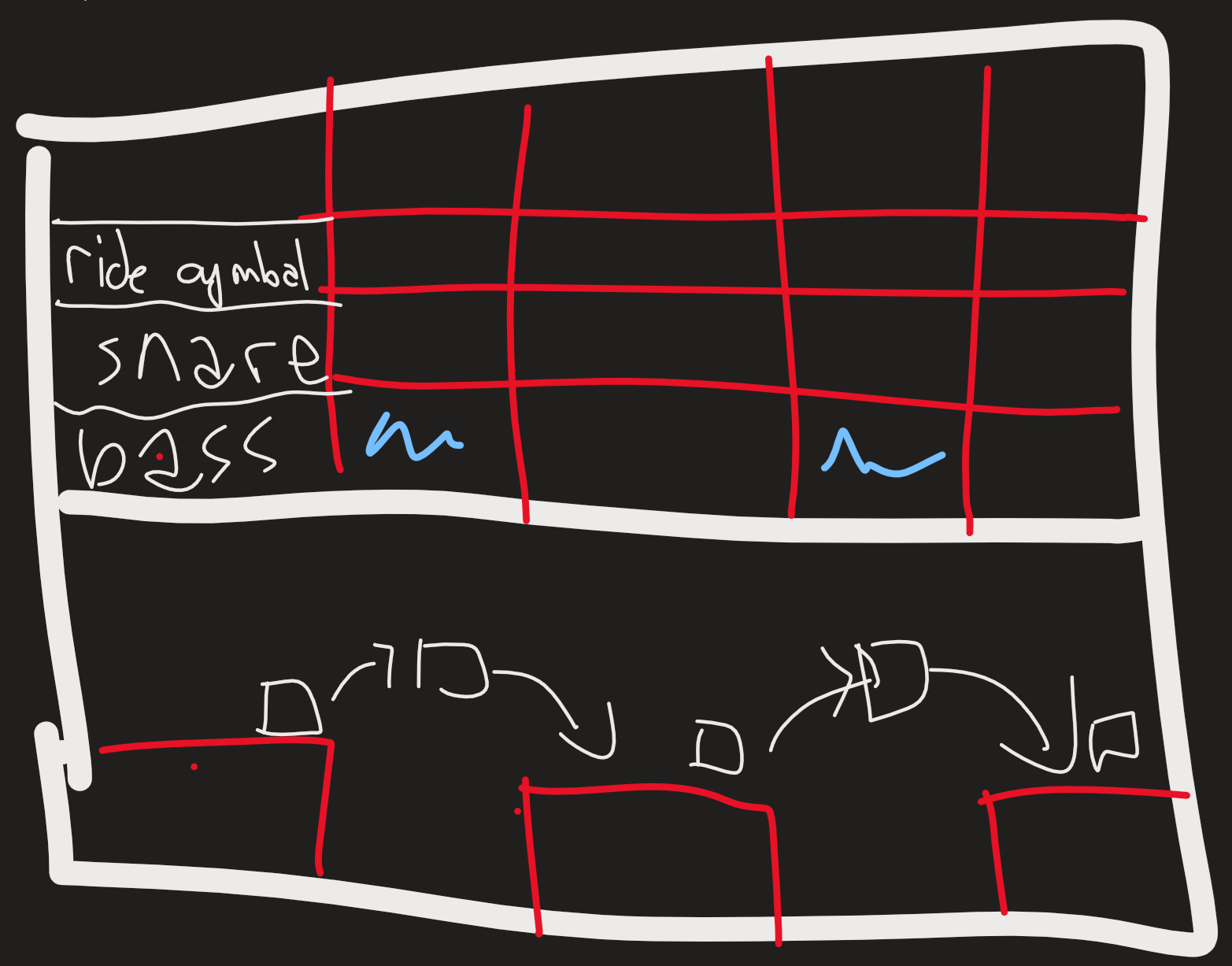 After some fiddling around and re-engineering, here’s the updated game view:

Currently there’s one instrument, the bass drum, in the game’s prototype, and there’s a lot of hardcoding going on that makes this bass drum hook up to the heirarchy of instruments, metronome, and player. I worked on re-engineering how the code is structured to make this more productive.

Once that decoupling was completed, I was able to very easily add a Snare Drum to the prototype. I just had to create bullets/shooting and enemy obstacles, and then chain my SnareDrumController (which implements the aforementioned interface) into the player’s Shoot function.

I want to wrap up the work on the rhythm game prototyping this week - I will implement subdivision of the beats (cymbal on upbeat of eighth notes ftw!), and then the ability to “make the level end”/navigational stuff. If all goes well, I might get some design work going on the melody/harmony minigames.